The Burtle Silver Band is a friendly and family orientated brass band, whose players are drawn from Burtle and the wider Somerset area.

We are always pleased to hear from players of any age, background and ability who wish to join us.

We are not a contesting band, but prefer to play for the community at events such as fetes, festivals and local concerts.

The newly elected band Chairman, Pete Callaghan, suggested that the band should nominate a charity to support with the money collected during their concerts. Following a vote, the Air Ambulance was chosen as the nominated charity for 2015. We have a wide and varied calendar of engagements this year, the highlight of which has just got to be the Glastonbury Festival. We are absolutely delighted to have been invited to perform at this world famous festival and we will be playing on the pyramid stage at 11.00 am on Sunday 28th June. If you're at the Festival why not come along and listen to us - we'd be delighted to see you!"Burtle Silver Band Open Rehearsal

Burtle Silver Band are giving an Open Rehearsal on Thursday 27th April in Burtle Village Hall - 7.45pm start.  Polden Post readers are warmly invited.  We practise until 9.30pm and you would be welcome to spend as little or as much time as you wish listening to the band as we prepare for the forthcoming summer season.  Afterwards we will be serving tea and biscuits and there will be time to meet band members, find out more about the band and even to have a go on an instrument.  There's no charge - we'd just be delighted to have you there.

For one of our engagements, Burtle Silver Band will be playing on the sea front in Lyme Regis on Sunday 21st May.  We are likely to have some seats available in our coach which leaves from Burtle in the morning, making an easy and low cost day out.  If you would like to know more about how to book a seat, please contact our Secretary, on 01934 712082

The Burtle Silver Band again adopted the Dorset and Somerset Air Ambulance as their chosen charity for 2016. The main focus for the fundraising was the ever popular joint concert with the Edington Village Voices Choir, lead by Roz Dolding and Bridgwater's Westfield Church Sing Sankey.  The money raised at these events was supplemented by collections made throughout the summer when the band played on bandstands and at fetes throughout the county and beyond. 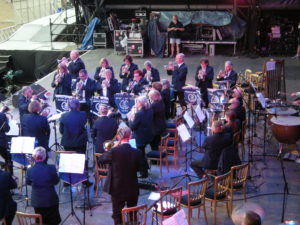 Pyramid Stage at the 2015 Glastonbury Festival

Some cheery daffodils to brighten up a grey afternoon in Rainhill, Merseyside today. pic.twitter.com/HG8U…

Following a training camp in Lewis in the Western Isles, environmental campaigner Lewis Pugh has completed a swim underneath the Antarctic ice sheet along a sub-glacial river - in just swimming trunks, cap and goggles. pic.twitter.com/AkB8…

A man runs through a desert locust swarm in the bush near Enziu in Kenya. Large swarms of desert locusts have been sweeping across Kenya for weeks following severe flooding there and in many parts of East Africa during December. pic.twitter.com/HRd0…

It's going to be a wet weekend somersetlive.co.uk/n…

Yet another bad #A303 crash in the #Amesbury area > somersetlive.co.uk/n…

Terrible if the driver did fail to stop #Charmouth #Dorset somersetlive.co.uk/n…

One to be aware of somersetlive.co.uk/n…